Since 1997, I (Dennis) have been working with local dealerships to inspect vehicles before they were sold. Recently, however, many dealerships pushed me out of the business by hiring cheap, inexperienced labor instead. This decision, and their purchase of cheap replacement parts, had to do with wanting to avoid accountability in order to save money.

Unfortunately, I’ve heard all kinds of stories about dealerships ripping people off! I know this for a fact, because I’ve done bodywork on brand new cars and found out later that the dealer never told the buyer the work had been done. In some cases, a new car was backed into on the lot, resulting in a dent or paint scratch that was then repaired, and the customer who eventually bought the vehicle never knew it. I’ve even seen cars being sold with two different tires, or with a “Check engine” light on. I’ve seen instances where dealers don’t want to pay to fix bumpers properly, so instead they do a shoddy repair job and then tell prospective buyers that the car is perfect rather than revealing bodywork that’s been done.

The woman who owned the car below had bought it used from the dealership. Not too long after she brought it home, she noticed that paint had started peeling all over the car, even though she hadn’t hit anything. The peeling paint was especially noticeable on the front and rear bumpers.

When she brought it in for me to look at, I pointed out that there was also blended paint on the roof.

The dealership should have notified her about all of these issues, but hadn’t done so. Make sure you do your homework before you buy a used car – or have us take a look at it first! 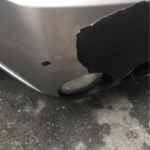 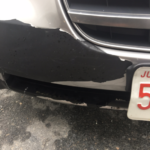 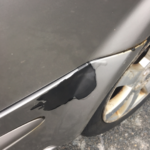 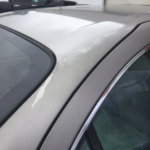 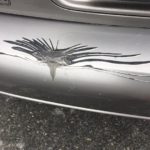 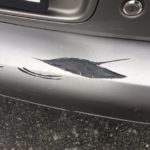 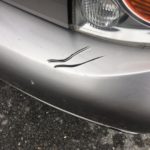 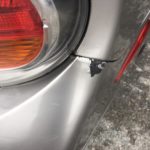 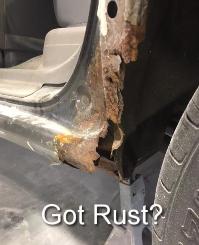 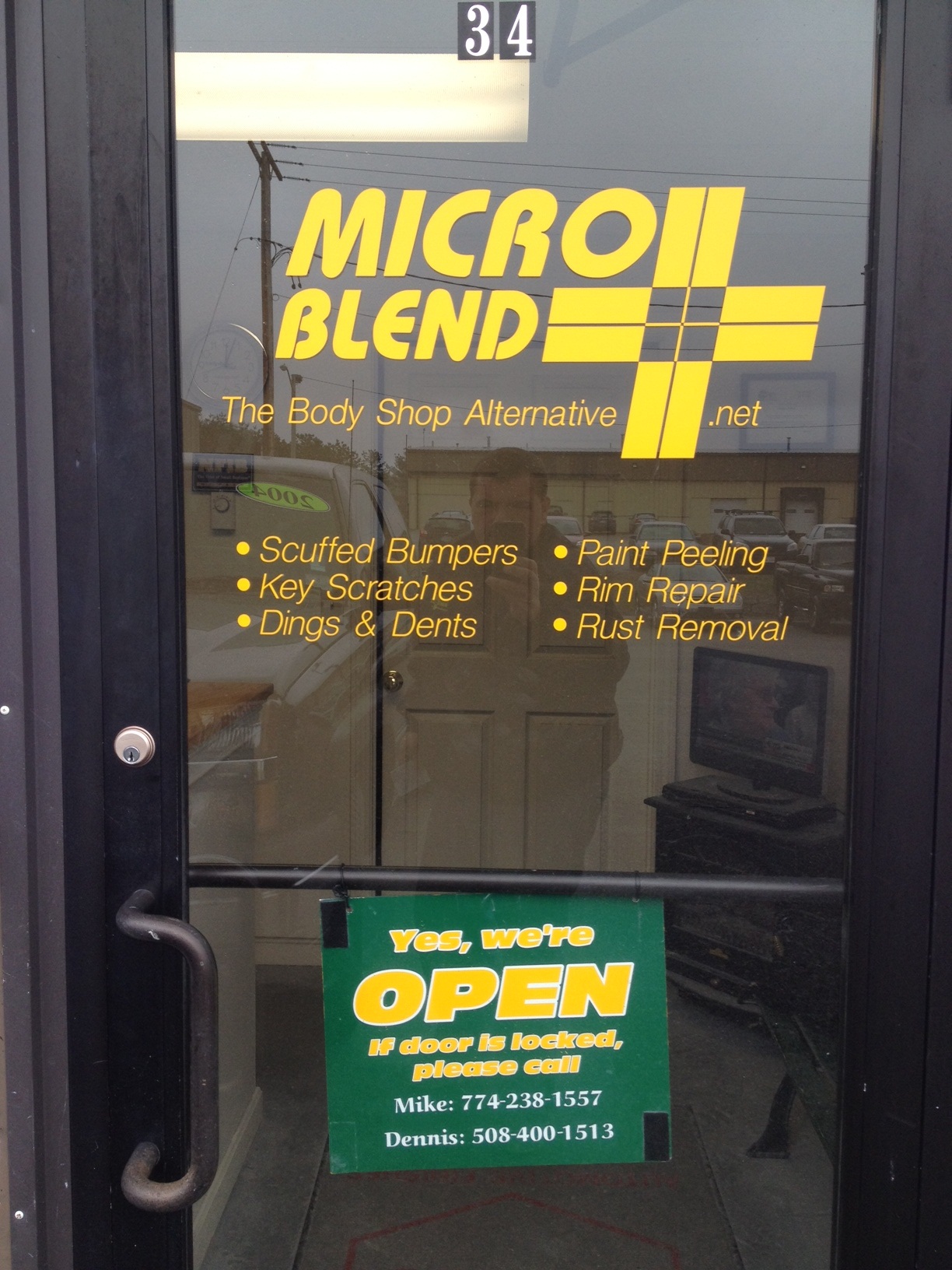